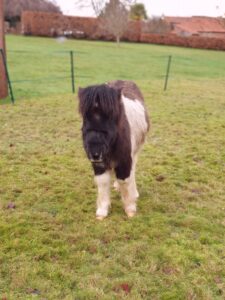 As I sit here writing this blog – I am still in shock. I never EVER imagined myself to be the owner of not one but TWO horses. Well ponies — shetlands – so pretty much the smallest version.

Yet here I am — checking the clock to remind myself to put out the hay !

So how did this journey begin ? As the end of lockdown 2020 was drawing in, for reasons I still cannot fathom, I started looking at shetland pony sites on facebook.

AHHH ! There is the culprit I hear you shout. Yes and No. I found myself staring at an image of a small brown and white pony, stout and tied up to a fence. Maybe I connected with him in some deep way — felling rather short and stout following yet another lockdown OR maybe my Irish heritage has something to do with it? Or maybe a dreams of pony and cart races…OR maybe I have just been forced to binge watch too many children’s programmes about adventures with horses…..whatever it was, in under a week I had agreed to buy two ponies and have them delivered mid December.

Easy ! Like many things in life now – this part was quite an easy thing to do. Click and deliver!

Did you know that shetlands can pretty much be given away — I probably should have taken this as an indicator of what was to come ? I really had no idea just how much the four legged animals would change my life.

Having never owned a horse – words like farrier – feet picking and laminitus had never come into my vocabulary. Four weeks since their arrival I realise just how naive I was but never being one to shy away from a challenge it makes sense that I just went for it.

My afternoons have been spent chasing – literally – two ponies around a paddock. Why may you ask ? Why ? Well quite simply because they won’t come anywhere near me despite all the food bribes I can think of. I am pretty sure they know I am totally out of my depth and they really quite enjoying the fact that this crazy Irish woman and her daughter and occasioanl local friends are playing chase in a field.

Eventually they get fed up and make their way into their little stable. Suddenly calm and happy with a bag of dried grass — if only life was so simple.

Having gone through a few days of feeling like my life may well be over due to a particular pony called Spud; who I am pretty sure thinks he is a cow, I decided I needed to take action. How am I ever to get back on set if SPUD keeps getting the better of me ???

Once again, I found myself back on the internet and that all too well known site — Amazon; buying every book I can see with the title “How to train a Shetland Pony.”

Much to my annoyance the book doesn’t really exist – what arrived days later read like self help books for women who have given up high heels for a pair of wellies.

That is me (well sort of, I actually really like wellies ) what have I become !! So much for a glamorous film director ! So much for an award winning writer !

My lifes ambitions of walking down a red carpet to receive an Oscar are fading fast as I find myself covered in hay, smelling of horse manure and obsessing about the best way to pick up a foot !

Next time — Farriers and Vets ! 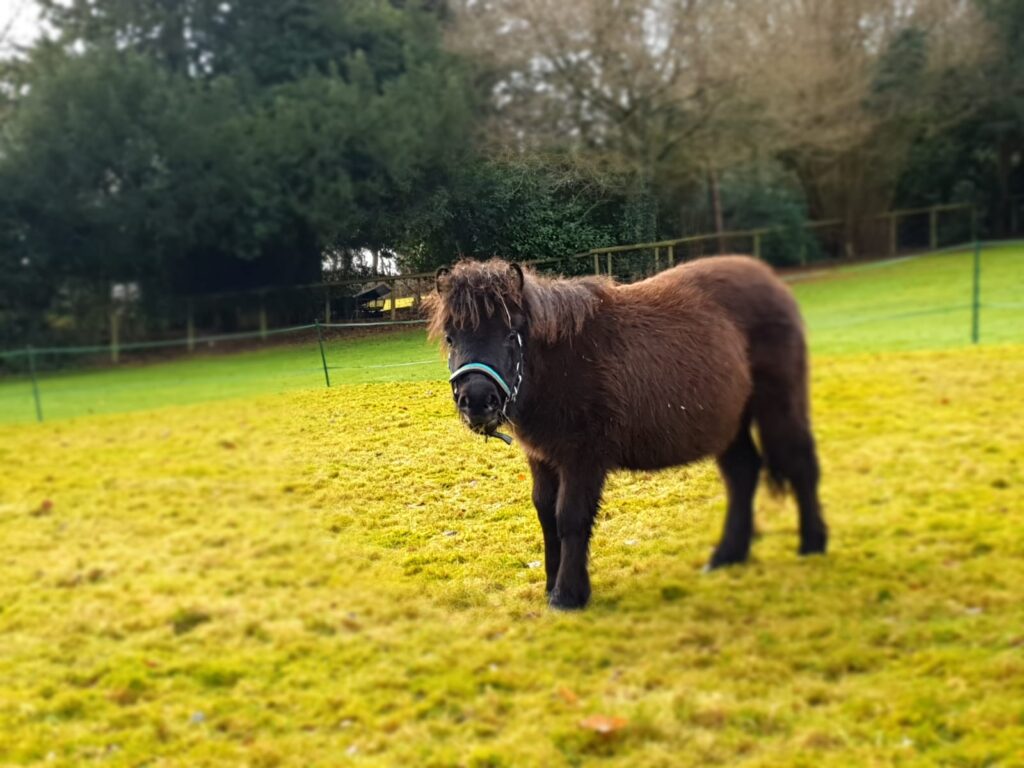